We were contacted by a local landlord in New Britain, Connecticut which owns a large facility. It’s a 550,000 square foot facility. One of his spaces had old, high-pressure sodium lighting. The owner was informed by his insurance company that the existing high-pressure sodium lighting is dangerous in a warehouse due to the lightbulbs being able to explode and create a fire.

So, he was told by his insurance company that they needed to get replaced and he contacted us. We came up with a comprehensive plan of removing all the existing high-pressure sodium lighting and then we worked with one of our local distributors in getting a great price on new LED fixtures which are Energy Star – and we took full advantage of the energy savings rebate on each one of those fixtures to save the property owner more funds on his project. It’s much better than what it was before. Now there’s more lighting for less power usage.

Our Services Are Electrifying

Here at CE Electrical Contractors we have been providing professional electrical services to industrial and commercial businesses for 20+ years. We have become a leading expert for customers throughout the New England area. 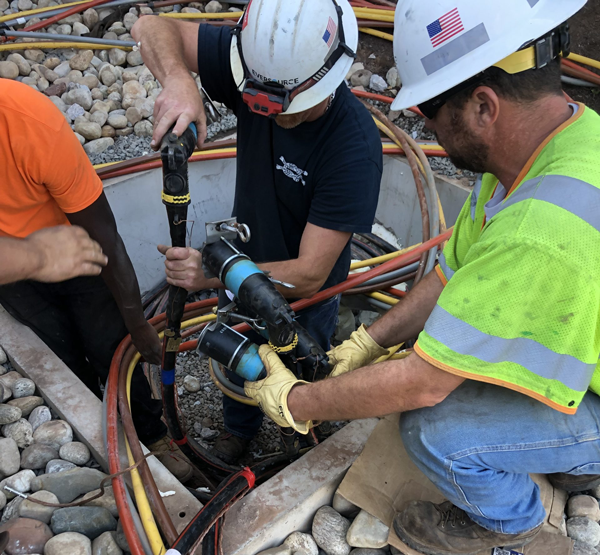 We are available to you, just fill out this simple contact form.  CEEC is a full-service electrical contractor providing the best solutions in industrial and commercial electrical construction!

CE Electrical Contractors • 1 Hartford Sq. Box 22E, Unit C3 New Britain, CT 06051 • (860) 581-0881 • email: [email protected]
We use cookies on our website to give you the most relevant experience by remembering your preferences and repeat visits. By clicking “Accept”, you consent to the use of ALL the cookies.
Do not sell my personal information.
Cookie SettingsAccept

This website uses cookies to improve your experience while you navigate through the website. Out of these, the cookies that are categorized as necessary are stored on your browser as they are essential for the working of basic functionalities of the website. We also use third-party cookies that help us analyze and understand how you use this website. These cookies will be stored in your browser only with your consent. You also have the option to opt-out of these cookies. But opting out of some of these cookies may affect your browsing experience.
Necessary Always Enabled
Necessary cookies are absolutely essential for the website to function properly. These cookies ensure basic functionalities and security features of the website, anonymously.
Functional
Functional cookies help to perform certain functionalities like sharing the content of the website on social media platforms, collect feedbacks, and other third-party features.
Performance
Performance cookies are used to understand and analyze the key performance indexes of the website which helps in delivering a better user experience for the visitors.
Analytics
Analytical cookies are used to understand how visitors interact with the website. These cookies help provide information on metrics the number of visitors, bounce rate, traffic source, etc.
Advertisement
Advertisement cookies are used to provide visitors with relevant ads and marketing campaigns. These cookies track visitors across websites and collect information to provide customized ads.
Others
Other uncategorized cookies are those that are being analyzed and have not been classified into a category as yet.
SAVE & ACCEPT